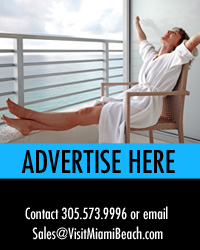 If you are a sports enthusiast, look no further than the Greater Miami area.

The Miami Dolphins professional football team retains the distinction of being the only team to win all its season and playoff games (in 1972), and still offers competitive teams year after year. The team plays in Sun Life Stadium in north Miami-Dade County, just off Dan Marino Boulevard.

Winners of baseball’s World Series championships in 1997 and 2003, the Miami Marlins recently moved into the newest and finest ballpark in the Major Leagues. The park is conveniently located in the Little Havana neighborhood near Downtown Miami.

Most recently, the biggest sports story in South Florida has been the fantastic Miami Heat basketball team, which won it all in 2006 and also last year. The team plays its home games in the 20,000 seat American Airlines Arena on Biscayne Bay in Downtown Miami.

Tennis in South Florida is for people of all ages. Annually you’ll find the best junior players entered in the Junior Orange Bowl Tennis Championships and the best of the adults compete in the Sony Open on Key Biscayne.

If you like the sounds of the NASCAR Circuit, look no further than the Homestead-Miami Speedway south of Downtown Miami. There is seating for 65,000 fans and more tailgating space than they can fill. Each November during Ford Championship Weekend, NASCAR crowns champions in three of its top tiers, the Sprint Cup Series, Nationwide Series, and Camping World Truck Series.

The Florida Panthers professional hockey team plays just north of Miami in Sunrise. The team is part of the Eastern Conference of the National Hockey League and visitors as well as residents who come from cities hosting older teams get to see their former favorites square off against the Panthers when they are in town.

South Florida also offers some of the best college athletics in the country, with the Miami Hurricanes and the Florida International University Golden Panthers offering very competitive teams in football, basketball, soccer, tennis, swimming and many other sports.

Let’s not forget the many running events held throughout the year, from marathons to triathlons. During the cooler months you can find one or more practically every week by searching the local newspapers. The local running clubs can also provide a calendar of scheduled races.

For those looking for something more physical, South Florida is home to dozens of MMA, boxing and wrestling schools, gyms and competitive events. National and international events are often produced by the Hard Rock Hotel in western Miami-Dade County and by other venues throughout South Florida.